Dragomon Hunter Cheats Explained
The most popular method of cheating in this particular game is the use of bots: Bots are programs that will take control of your account and automatically farm for you. Bots are able to kill mobs, loot, sell items to get more space in the bag and get gold, they are able to complete daily hunts and bounties, they can craft automatically and improve gear, they can automatically manage your farm and so on. Hacks are less potent when it comes to farming, but a lot better at PvP, since they allow you to fly, walk through walls, teleport and run faster, which makes dodging a lot easier. Scripts can also be useful in maximizing DPS by having a bot automatically hitting your spell rotations. However, bots are still most effective in farming gold and hunter levels. Last, but not least there are exploits. Exploits can be extremely powerful, since they are based on bugs in the game that can allow you to completely brake the game mechanics by duplicating items, farming unlimited gold and experience from bugged mobs and so on. However, exploits are usually patched within weeks and therefore can almost never be used over longer periods of time. 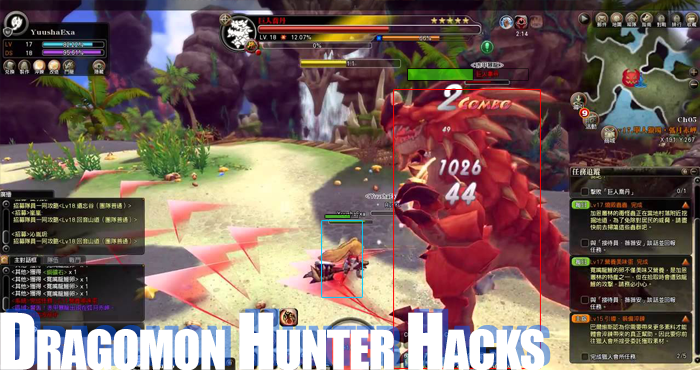 Dragomon Hunter Bots
The best thing about the use of bots in online games is that they are almost undetectable: They do not inject any code into your Dragomon Hunter game process, but merely read the games memory and simulate player input based on that information. The only way for a bot to get banned is if it gets reported or someone analyzes the movements of an account. Dragomon bots are able to automatically complete quests and thanks to the auto-pathing option in the game itself, that is even easier than in most MMORPGs. Your average bot will be able to get you to max level within about 2 weeks tops. So if you are looking to get to endgame quickly, then this is probably the best and most time-saving option for you. However, bots should never be used more than 10h per day, since otherwise the account will conform with the usual pattern of bots and may get flagged for a mod to look at it more closely, which you will want to avoid. 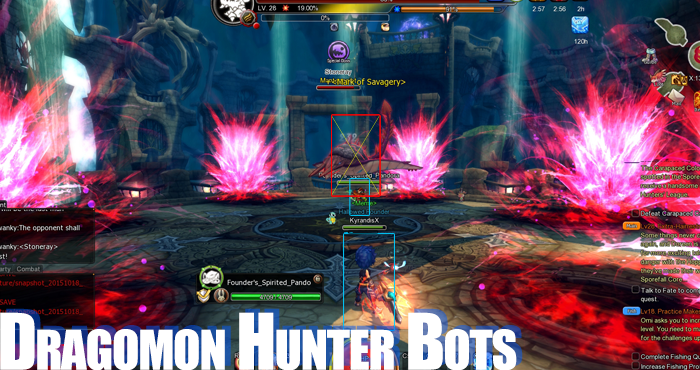 Dragomon Hunter Hacks
First off: There is no way to hack your gold, items, gear, level, pets, stats, aeria points and so on. This is because all of these values are processed on the game server and therefore cannot be hacked using any legal or feasible means. – One would have to hack the game servers, which is highly illegal and probably impossible as well. Therefore you should not trust anyone that offers you unlimited gold, health or aeria point on the web.

Now what is possible to hack is you position, allowing you to teleport to bosses, your speed, allowing you to speedhack the game, you can get flying hacks that reduce your gravity and noclip hacks that allow you to walk through walls. However, those are the only legitimate hacks for aeria that you can buy.

Lawless Hacks Unlimited coins, gold, Health, Ammo, XP generator No Surveys No Password to download for free. Hacked tool is clean of viruses and very easy to use. Alot sites for Lawless cheat tools given on the internet but you have to pay. but here we will give you a Lawless Hack full version is…

Frozen Hearth Keygen CD Key Generator Frozen Hearth introduces our distinctive Ámorrá world-setting, and is the primary chapter in an ongoing saga of games. In Frozen Hearth, you’ll information the destiny of a whole folks, generally known as the Danaan, as they face the best risk of all – extinction – as their homelands are…

Shadow fight 2 has been a hit in the one-on-one fighting genre.While praised for its intensity and graphics and a stupendous soundtrack(…no really!!), the game has been criticised for its difficulty (mission impossible – literally). It’s next to impossible to complete the game without spending (rather shedding) tons of money to buy the virtual currencies…

Club Penguin is a massively multiplayer online game (MMO) concerning a computer-generated universe inclosing a great variety of online games and activities. Club Penguin – enjoy the gameplay in countless interesting rooms and separate distinctive areas. Those who play this game use cartoon penguin-avatars and play in a winter-set simulated world. Free offer – get…