Albion Online General Cheating Methods,
Cheating in this particular game is quite a lot different from your average MMO, since it is on one had a multiplatform game and on the other features semi-permadeath in that you potentially can lose all your equipment and therefore a lot of game progression. So the focus in Albion cheats is one to avoid death and two to collect and hoard resources and silver in your stashes. So hacks and scripts that automatically teleport you out of a certain zone or disconnect you from the game if you are close to death are among the most attractive cheats out there. On the other hand we also have bots that are able to collect lower tier resources from non-pvp zones and bring them back to a stash. These bots may also be able to retrieve lost gear on death, use crafting stations and so on. In terms of hacks there are teleporting hacks, speehacks and some other client-side exploits. However, there are no god modes, unlimited gold or silver hacks of any kind, since stuff like your health, cooldowns and inventory are processed on the server and not on your device. This kind of cheating software is easiest developed for PC (windows) and harder to obtain on other platforms like iOS, Android or Mac systems. So the place to play the game if you are looking to cheat in Albion Online is probably the PC, since that is where the programmers are at. The last and probably one of the most intriguing methods of cheating are exploits: Exploiting is the use of bugs in the game or on the servers to duplicate items, farm bugged mobs or resource nodes, buildings, bugged prices and so on. However, exploits are very temporary in nature, as they usually get fixed as soon as the developers (SI) find out about it. 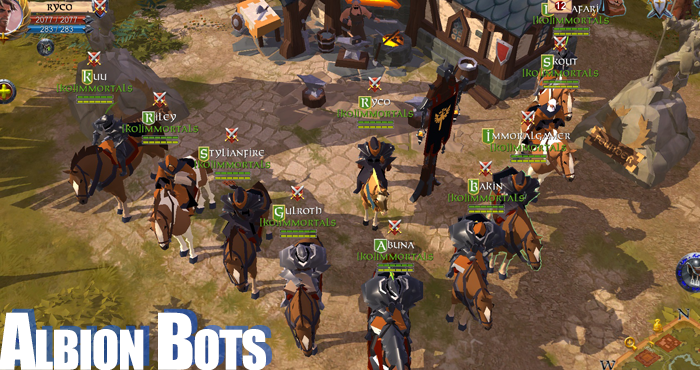 Dying with high tier gear on your character can be a huge drag, especially if you die someplace that is hard to access and will lose you your gear most of the time. So people are looking to create software that is able to automatically avoid death. Such software can be either in the form of scripts that automatically heal you, disconnect you from the game and so on. On the other hand these scripts can also be combined with hacks, such as teleporting hacks in order to automatically teleport you away from danger if your health reaches a certain percentage. Scripts are also able to cast other skills automatically to increase your DPS and survivability on any “class” (ranged, melee or magic). However, hacks are limited to manipulating data that is processed on your client and are unable to edit values that are processed on the game servers. In essence, that means that values such as your health, cooldowns, your inventory, weight, gold, silver, the quality of items, gear and loot cannot be hacked in any way. However, it is possible to make your character run faster, to teleport short distances (until it gets patched that is), to walk through walls and so on. These kinds or hacks may be especially nice wen trying to solo dungeons or in PvP. However, keep in mind that hacks can be easily spotted by other players and can get you reported even if the program you are using is 100% undetected and up to date. 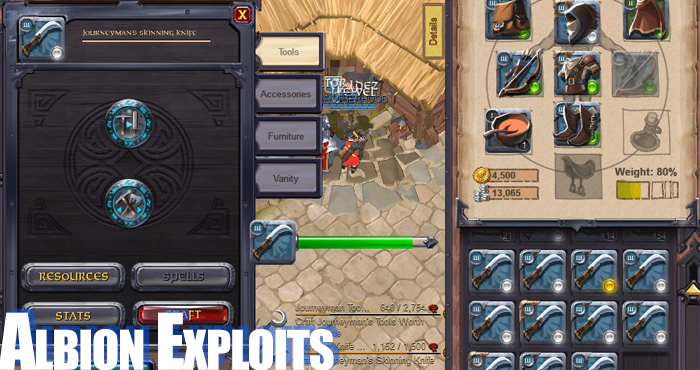 Bots are essentially programs that are able to farm for you automatically: That means they read the game memory, determine your position and then navigate the world to automatically gather resources, kill mobs and even enter dungeons if they are configured to do so. Bots are designed to take the grind out of any game if at all possible and in AO they are especially effective at stockpiling lower-level resources or building your town so that you can earn more money from taxes. Bots can also be run in such a way that they farm in groups, follow your main account and so on. Farming as a team is a lot more effective. Therefore multiboxing and alt account botting may be a very effective way of playing the game here. Especially if you are solo and want to survive and even thrive in pvp zones, having a few bot friends with you to not only deter enemy attacks, but maybe even gank people can be quite a lot of fun and highly effective when it comes to advancing through the game, since if you are 4v1, you can take on players that have much more advanced, maybe even legendary gear on them for you to loot and use. Aside from all the positives however, bots can also be risky if you use them for too long.