If you are looking for Combat Arms Cheats, such as Aimbots or Wallhacks, then you have found the right place to start. Combat Arms Cheat is an educational website and Community of Cheaters from a whole bunch of different online and offline Games. It is our goals to not only educate each other about Game Hacking and botting, but also to use cheats in such a way as not to hurt the Games we play and love or their players. We try to use our Cheating Powers for good rather than evil. If you are looking to Buy Combat Arms Hacks, then you might want to check out our Legit Providers List and our Reviews in order to fin cheat developers that you can trust to keep you supplied. If you are simply here to Download Free CA Cheats or share your own stuff with our nice members, then you are welcome to Sign Up, head over to our Forums and Get Started. 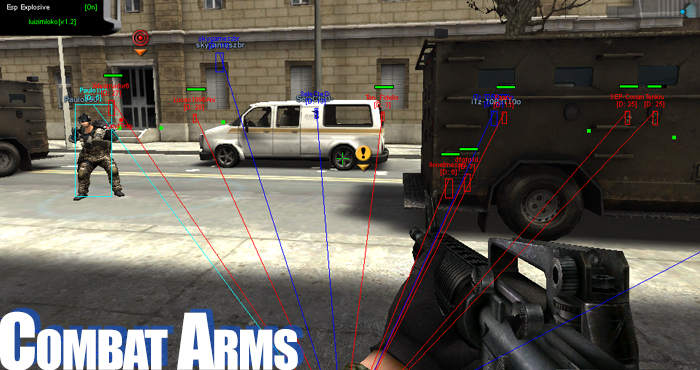 Combat Arms is the perfect example of a game that is in its nature highly exploitable due to a lot of client-side processing and really bad security and anti-cheat measures. An unusual amount of the processing in this game is done on the players PC, allowing for a lot or really, really overpowered hacks to be achieved. This fact has made Combat arms one of the most hacker-infested shooters of all times. Over the years we have seen hacks that can kill an entire team of players (vacuum hacks) with one shot, we have seen partial God Modes, we have seen Rank hacks, weapon spawning and a lot more really game breaking exploits. Hacking got so bad in Combat Arms that most of the mature and legit players decided to leave the game. But whose fault is that? Is it the people that were using free hacks? Or is it the developers that failed to implement the same counter measures that other online shooters of the time had? It is our opinion that both factors were integral to the damage that was done to the game. If the security measures had been up to speed, the huge CA hacking community would not have developed, but without people wanting to cheat, the lack of anti-cheats would not have mattered. However, Nexon was one of the first publishers to step into the Free to Play FPS market and pioneers sometimes get hurt. We kindly ask our members to “only” use ESP hacks and Aimbots in this game, since they don’t hurt the game if used correctly and are less risky as well. 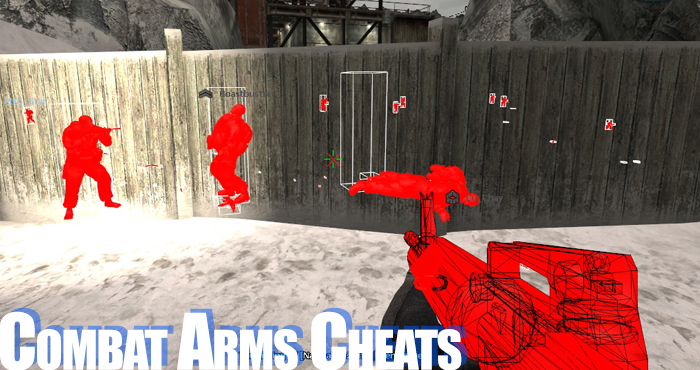 As in almost any online shooter, the whole map is rendered on your PC whenever you are playing Combat Arms. This allows us to inject code into the game client in order to find enemy players and automatically aim at them. Most aimbots also include triggerbots that will automatically shoot if an enemy is in line if sight and aimed at. Since this particular game is a bit older and still allows for extensive client-side and server hacking, this is not the most powerful hack you can use in CA, but the one that offers the most at a relative safety. While aimbots can certainly be detected, if you are using a private one, you should not ever run into any detection problems. However, if you just mindlessly run around killing everyone in sight, you will still get reported and sooner or later banned from the game. – So always make sure that you are using the aim bot with caution and take all possible precautions to make the software seem more natural. So limit your aiming angle and amming speed and maybe even delay the shooting after the auto aim is locked on to a target or even do it manually. Most paid hacks will offer you extensive options to make your aimbot more human-like. As always beware of free software, since you are not the only one having access to it. Everyone working to keep CA free of hackers can download it just as quickly as you and may get your account banned quite swiftly. To find legit paid Combat Arms aimbot providers, check our reviews and lists. 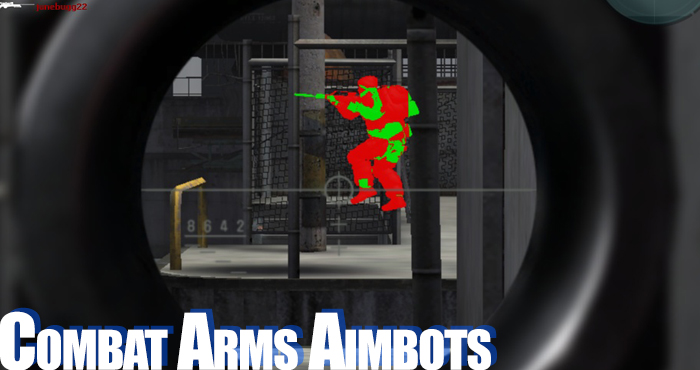 Combat Arms Wallhacks (ESP Hacks)
The hacking community in CA is not only one of the lages ones, but also one of the few that actually came up with their own name for ESP Hacks: While in most games these are called Wallhacks, in Combat Arms many call them Chams. – This is due to the fact that most early ESP Hacks for this shooter changed the colors for enemy and friendly character models and made them shine through walls and that sort of resembled a chameleon, leading eventually to the word “chams”. In essence the ESP or Wallhacks works just like the aimbot in that it locates enemies and explosives, such as grenades or mines, and then highlights them to give the user a tactical advantage. ESP hacks can also display a variety of other information, such as player health, weapons, grenades, ammo ect. ESP hacks are useful in many situations, but mostly used to get the drop on enemies. You can imagine how much more time to “react” you have, if you know that an enemy is about to appear around the next corner. You wouldn’t think that it makes a huge difference, but especially in Combat Arms these .5 seconds mostly mean that you will get the kill before the other player even knows that you are there. Aimbots are generally cheaper than aimbots and a lot more fun to play with, since they don’t take all of the skill out of the game, but still give you a huge advantage. As always we recommend you use a paid Wallhack if you are serious about it, since the free ones get outdated quite quickly and can therefore get your account banned.

HOW TO DOWNLOAD ❓ Any antivirus software and Chrome Browser may interrupt your download. We recommend to pause your antivirus and use Mozilla Firefox Browser to start safely download of Combat Arms Cheat Aimbots or Wallhacks (ESP Hacks) Updated