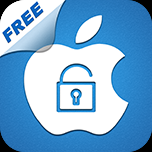 IAPCrazy is an IAP purchase cracking tool. Fully compatible with iPhone and iPad, upto iOS 8.1.2. It’s originally developed by youyuanapp.com.The core plugin in the app, can cover most of the apps/games. Exclusive plugins will cover the rest.Assistant will be added in the future updates, to provide more functions of IAP cracking.IAPCrazy use two method to crack the IAP purchase, which will cover all apps supported by localipastore

What is iAPCrazy? DOWNLOAD links with updater(s)
Android & iOS DLL

What is iAPCrazy? DOWNLOAD links with updater(s)
Android & iOS DLL