Current Chances to get Rare’s, Epics and Legendary Cards in Hearthstone:
In order to understand how incredibly attractive the use of a bot or other cheats I HS really is, you need to understand how rare cards really are and consider that buying even 1 pack without real money will require a lot of work. There are many numbers floating in the air about how much money it takes to get all the cards in the game and they range between 400$ and 600$ for the moment. – this will obviously increase as more cards, raids and other expansions get released. So let’s have a look at card rarity for a moment to give you a good picture of how hard or easy it is to get the cards you want: 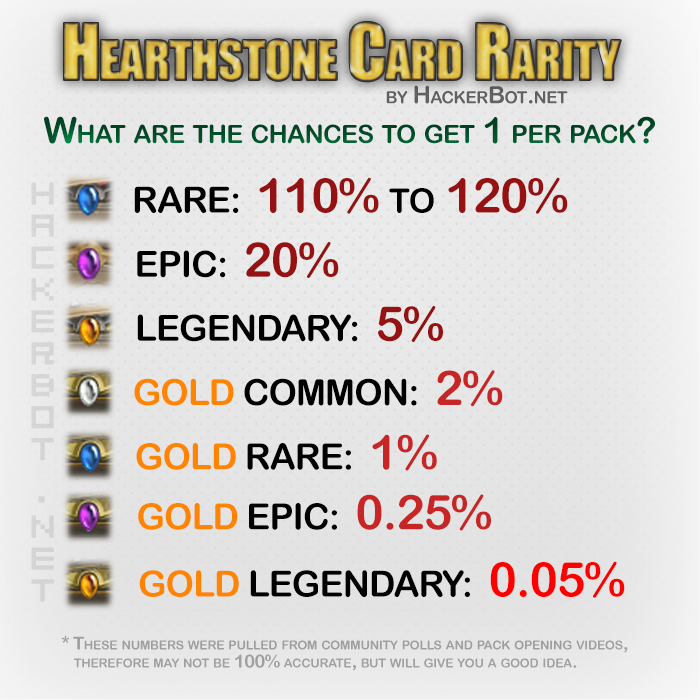 Disclaimer: We do not argue against spending money on the game. If you like the game, support the developers by buying packs. At the time of writing this I have personally spent over 400 Euros on Hearthstone and do not regret it. We simply think that it is fair that people have an idea about the real odds when buying packs or girding for them.

Hearthstone Cheats and Hacks
Since Hearthstone is a card game, it is very simplistic and there really isn’t a lot going on that could be influenced using hacks. Gold, Dust, Packs, Cards, Health – Everything is processed on the Blizzard servers and cannot possibly be influenced using hacks. So beware of people that claim to programs that can give you gold, dust, packs or whatever, since they are always scammers. The only way to really cheat in this card gams is by using tools that can give you very small advantages or using bots to farm gold for you and potentially saving you 100s of hours of grinding.

Hearthstone Bots
The only plausible way to cheat in Hearthstone is to use bots in order to play for you and slowly grind gold that you can then use to buy more packs. The main problem with that is that there cannot possibly be a universal bot that can play every deck in the game, for reasons that probably only someone with experience in the field can understand. In short: Bots cannot think creatively, cannot plan ahead or draw logical conclusions and apply them. So for every single deck that you want to bot in Hearthstone, a custom script will have to be written and that is a lot of work.

It is more than likely that in the future there will actually be simple bots that can play certain decks with decent win ratios (though I would not expect more than 30%) that will probably be able to beat newbies and bad players, given that you own all the cards they require. Grinding gold this way will be quite ineffective, but it will probably work and you might be able to farm a few packs per day using a bot. 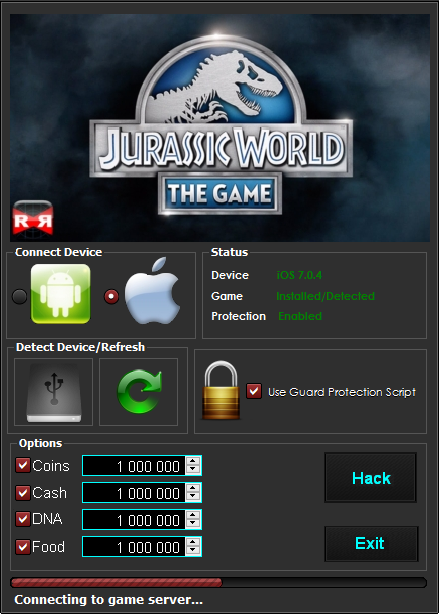 Trick is imperceptible in view of solid gatekeeper options– Proxy capacity to securely associate with the game server, SQL Database infusion to have the hack take impacts continuously, and 128-piece SSL encryption so as to keep your game account information as protected as could be expected under the circumstances so you don’t need to stress…