Is it possible to cheat in Grand Theft Auto Online?
It is indeed possible to cheat in both the GTA V singe player and the more competitive multiplayer campaign. Here we will mostly focus on cheats for GTA 5 Online, where it is possible to use software, such as aimbots, hacks and other scripts to get a significant advantage over other players. In this way it is possible to aim automatically, mess with world physics and highlight players and NPCs on screen. – However, there are NO money hacks, weapon adders, rank changer tools or generators of any sort.

There are basically 2 things worth getting in Grand Theft Auto Online: Money and Reputation Points (RP) aside from the purely competitive aspect of wanting to win. Money and higher rank (level) will allow you to get better weapons, cars ect. So when it comes to cheating there are several ways of shortening your way to GTA Online success. – First of all there are programs called “aimbots” that will automatically aim your weapons and some will even shoot enemies automatically. This will obviously allow you to make mad money in Team Death matches, Survival, Heists, Contend, Capture and other pure PvP modes. Auto aiming software is probably the most popular and effective way of cheating in GTA 5 Online, but one has to use caution when doing so as to not arouse unnecessary suspicion. There is also a similar kind of software called the ESP hack or radar that will allow you to see enemy players and NPCs through walls. – This one is commonly referred to as the “wallhack” and should be used carefully as well. But enough of the software-aided methods, let’s get to the real stuff. When it comes to exploiting, GTA V, like many online multiplayer shooters using servers, has a lot to offer. As an example it is possible to organize groups of cheaters in order to create so called “farm servers”, meaning that every person on a server is there for the sole purpose of farming RP and money as a group. – There will most likely be tools that will make creating such groups a lot easier in the future. And last but not least, there are exploits: Exploiting is essentially the use of bugs in the game to get more money and XP. – Exploits are usually patched very quickly after getting to the public sector, which is why we recommend using private exploits that are not leaked and protected by a member fee. Exploits can literally allow you to do almost anything: unlimited money, health and even killing other players in one hit. However, they are quite temporary and very risky to use. 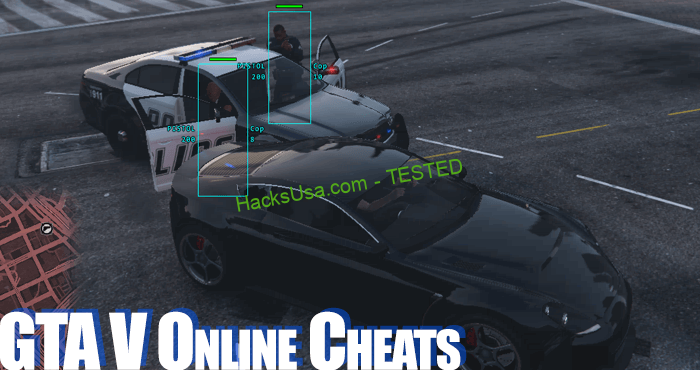 The common auto aiming program and radar hack work very much in the same way: Both are using the fact that the whole map is rendered on your PC in order to scan for player bodies and then locate them in the map: The aimbot then continues to automatically shoot the target, while the radar hack merely highlights the player or NPC. Both these kinds of cheats are detectable by anti-cheating software on your PC, since they have to inject code into the game process in order to work and there are no viable workarounds for that. – For this fact, it is extremely important to use quality software when it comes to aimbots or wallhacks in in Grand Theft Auto Online. Using software that is outdated or detected can lead to an instant ban on your account and you having to rebuy the game. On top of that it is important not to overdo it and not to brag about your use of any such program. There are systems in place that allow players to report cheaters to the GTA support and get you banned that way. So keep your performance in games at a believable and humanly possible level. If possible try to help new players and don’t farm them for money. You will find that helping people when using cheats can be much more satisfying than PWNing them. Aside from those minor issues, aimbots and radars are basically the easiest way to level up your account and get yourself some fast cash to buy all the stuff you want in the game. 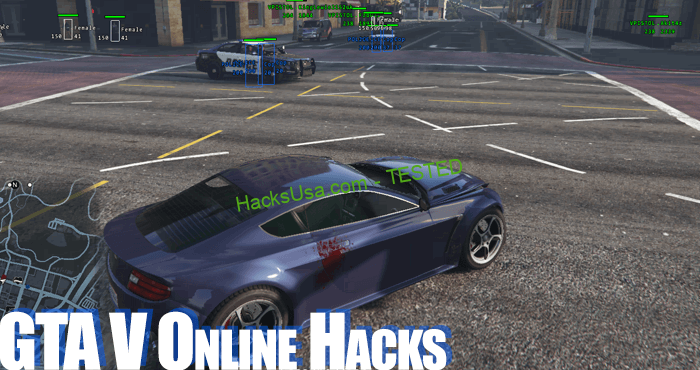 Other GTA V Online Hacks – What is possible?

First off, let it be said again that there are no money generators or level hacks or god modes for the online multiplayer of GTA V. – Just like there are no money hacks for any decent online game developed in the last 15 years. Why? Because information as vital to the game experience as your health, money, level, weapons, items ect are too important to store on your PC when it can easily be stored on a secure server where no one can change it. Yes, in the single player mode getting unlimited money and health is possible, BECAUSE no one cares if you have 3 Trillion Dollars on your single player save. – But in multiplayer that is a whole other issue and therefore it is impossible. With all that said, there are still legitimate hacks for in Grand Theft Auto 5 Online that will allow you to mess with in game physics: Walking through walls, teleporting, jumping higher, running and driving faster that sort of thing is possible by injecting code into the client. What you have to understand here is that in any online shooter, including GTA V, there are 2 sides that process the game you are playing: Your PC and the game Server. Some things your PC has control over and some things it has no control over and there is simply no way to change things going on on the game server if you are not a Rockstar administrator. I hope this helps you.