Is it possible to cheat in Star Wars Battlefront?
Yes, as in every online shooter out there, there are programs that allow you to automatically aim and shoot called Aimbots, software that allows you to see through walls called Wallhack or ESP and some other tools that can make the game considerably easier for you.

Is it allowed (legal) to use hacks in Star Wars Battlefront?
Yes, cheating in video games and any other kind of game is completely legal. While cheating is certainly frowned upon, it is not against any law. However, since cheating is against the Terms of Service of the game, you can get banned if you are using detected software or low quality 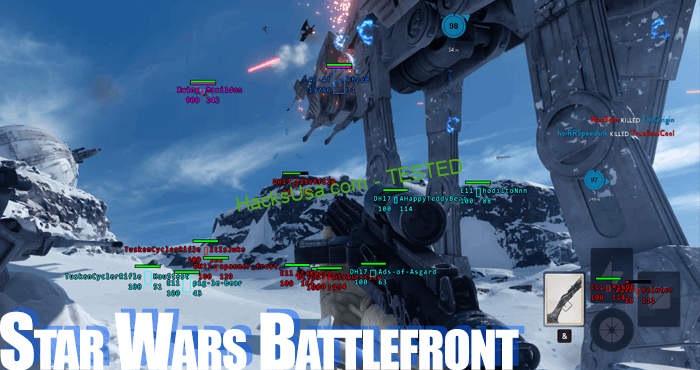 Star Wars Battlefront general cheating methods
The most popular kinds of cheats for SW Battlefront are the following:
– Aimbots: to automatically aim and shoot to get points, rank up, unlock gear ect
– Wallhacks: to easily find and kill enemies
– Farming Servers: to cooperate with up to 40 other players to amass as much score as possible to rank up, unlock weapons and so on.
– Exploits: very rarely found, but can lead to literal god modes, unlimited ammo, unlimited EXP and so on. Are usually patched within weeks.
These are the most popular cheating methods that you can expect to see at the Battlefront. There may also be some noSpread hacks, fast reload and some other minor niche things. 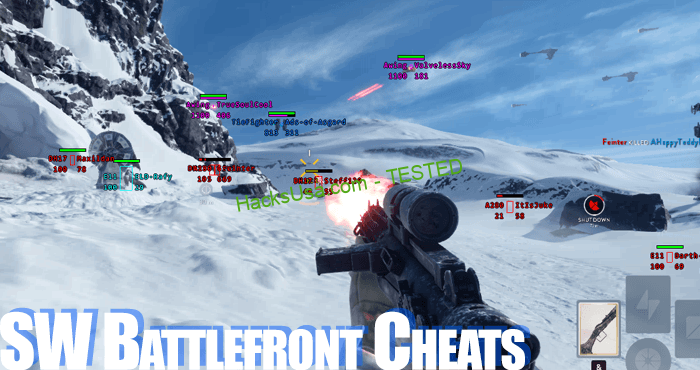 Aimbots & Wallhacks
Both of these cheats for Star Wars Battlefront work in very similar ways: They both scan the game map on your machine for enemies and then either highlight them so you can see them at all times or automatically aim and shoot at them.

When using aimbots one has to be very careful not to be obvious. Do not be the guy with the most kills, be in the top 5. Do not use the aimbot as it comes out of the box, but configure it to have a lower aimspeed, a shooting delay and so on to make it more organic. Essentially: If you are accued of hacking ,you are doing it wrong. Cheat, but cheat with respect for the other players. 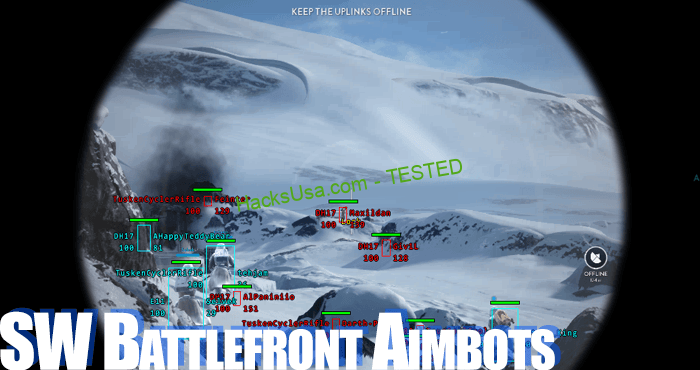 When and How to use cheats
There are some cheaters (not that many) that use cheats to dominate others and just roll over the a whole server and ruin everyone’s fun. Thanks god that these people usually get banned quickly, since they are making cheaters a bad name.

We try to use cheats to do good: That means we turn on the aimbot if the match is unbalanced. – For example if all the high ranks are on the enemy team and are just farming your team where you are with 20 low levels and can’t even get out of your base. Use cheats to help your team, the enemy team to help new players. – Be a hero, don’t be a villain. Villains get banned sooner or later anyways.

Overall try to use cheats with the utmost respect for your fellow players, since else you will get reported and you will get banned sooner or later. You are not only doing other players a solid, but mostly yourself by being nice. Star Wars Battlefront is a great game and it needs great players.