Are there Cheats for TORCHLIGHT 2?
Yes there are: Simple gold or level cheats allow you to cheat in offline and online mode because your characters are saved on your computer and aren’t serversided, which makes things much more easier. There even is a developer console which you can use to cheat, but note that the console is not available in multiplayer sessions. Some exploits also exists within the game.

Is Cheating in TORCHLIGHT 2 legal and could I get banned?
Cheating is 100% legal in any country in the world. Since Torchlight 2 isn’t for example VAC secured ,there is no chance that you can get banned whatsoever. But if you use certain console commands there is a chance that the character you use the cheat on could get flagged as a cheater which other players will then see, so you should try them out first on other characters.

Do TORCHLIGHT 2 Cheats Cost Something?
Actually not, because you can either download a trainer and type in your desired amount of gold, or change the value of your gold or level manually via the developer console or e.g. Cheat Engine. 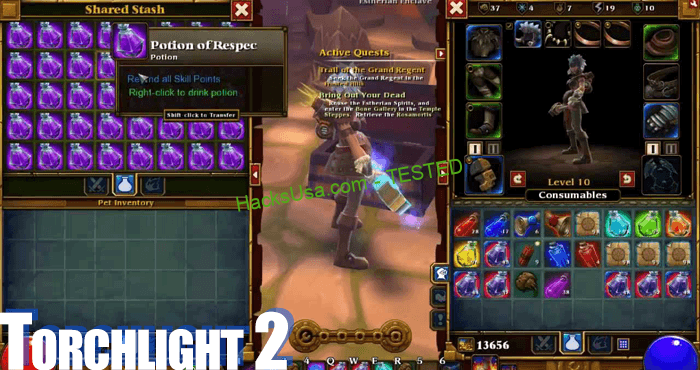 Basically you can cheat everything in Torchlight 2 outside of LAN mode
Gold, health, , levels, skill points,  and even the speed of the game. These cheats will help you  through though situation or if you just want to check out different skills or classes. However, you have to buy your equipment with gold at shops because it is not possible to cheat your equipment directly which means you have to farm very long to optain a legendary weapon. If you really desire a legendary weapon you can use the mentioned speed hacks to simplify the farming part. It’s not impossible to cheat equipment but it’s really hard and the most equipment hacks are fake. Also, some of these cheats might not work properly online because it would brake the game, but that isn’t a real problem you have to deal with since you can easily play offline, cheat and then play online. 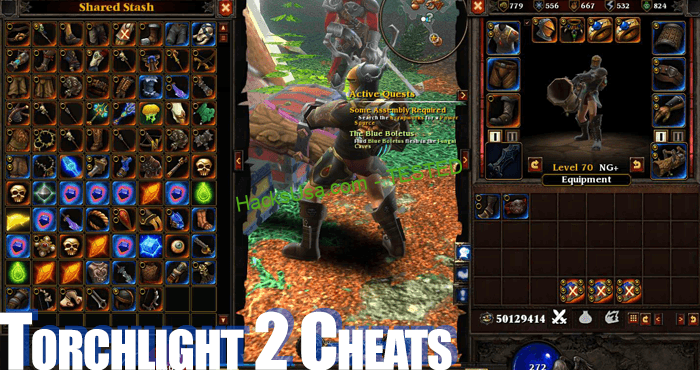 Torchlight 2 Cheats
There are 3 basic ways to cheat in Torchlight 2: Hacks, Bots and Exploits. Hacks are programs that change the way the game works and displays information to you. Hacks can give you minor and significant advantages in the form of seeing through obstacles, walking through walls, flying, seeing information that would not otherwise be visible and other cheating options. Bots are probably the most effective way of cheating Torchlight 2, since they can take care of most the repetitive tasks in the game. Bots are simple scripts that take over control of your character and perform tasks like skilling, farming, selling items, fighting to level up combat stats and basically everything you need to do in Torchlight 2 to reach the endgame. Exploits are bugs that can be used to level or skill faster of farm gold very effectively. Exploits in are mostly temporary and get patched after a while.

Torchlight 2 Hacks
It helps you to modify the values or information in the game. It is easy to use because you only need to do is to open the hack and enable it. It can also be disable if you want to.

Torchlight 2 Bots
It helps you to do a repetitive action that will automatically control your character. As a result it will help you to attain a higher level, hunt items, gold that will use to buy ingame items and complete tasks.

Torchlight 2 Exploit
Exploits is a bugs that will help you to play easier and will help you to do some action faster. It is the game that has the fault to have that kind of bugs but probably it is only temporary because the game will patched their system and it will be removed or reset. 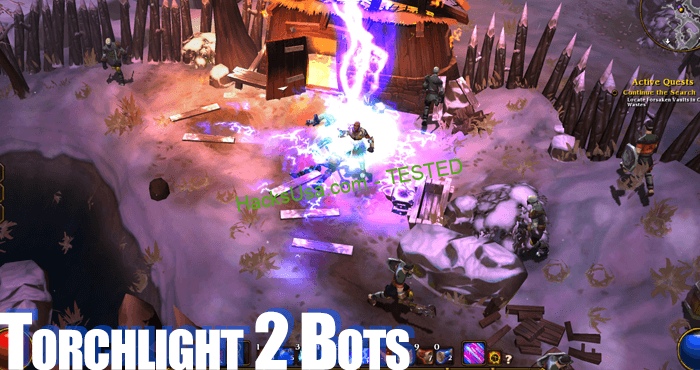 TORCHLIGHT 2 Cheats via Developer Console
Alter the file “settings.txt” found in your Torchlight 2 Save file. You can find it  here: My DocumentsMy GamesRunic GamesTorchlight 2save . There’s a subfolder in there which is just a bunch of numbers, and in that subfolder is your settings.txt file, along with all of your saved games.

Open the file with a text editor, then press Ctrl+F and search for Console :0. Change the parameter from Console :0 to Console :1 to activate the Developer Console, enabling use of cheat console commands in Torchlight 2.Now that console is activated, you can open the Console window while in-game by pressing insert.

Exploits:
The “Phase beast” exploit: If you quit a game after looting a phase beast challenge and before exiting the red portal, when you resume you get the phase beast challenge again. You can do this over and over and get a ton of good drops. This is a pretty efficent way to get good drops without any cheats.The “Duros the Blade, Gambler” exploit: In order to use this exploit you have to follow these steps:First of all you have to find the “Gambler” trader, Duros the Blade.In the Ossean Wastes, he is found being held captive in the Tower of the Moon. Once rescued, he will appear in Zeryphesh. After that, click drag an item to the sell back tab and release and drop it in that window. You can now see the stats and its reduced price to what he would pay you if you sold it to him. Click drag it to the X button on that window, drop the item on the ground. You can do this infinitely. Note that this exploit could’ve been patched if you bought it via steam. 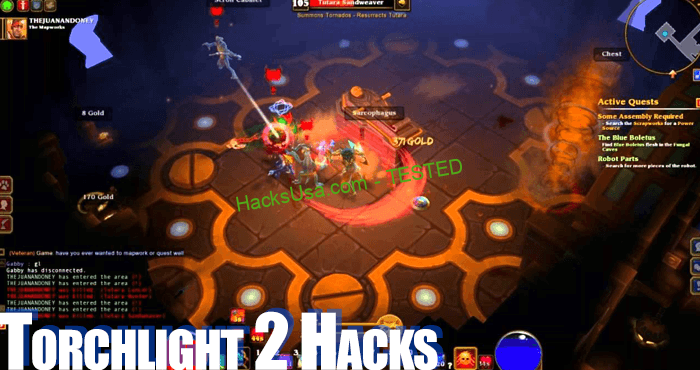 Farming Gold without cheats:
This is assuming you’re at least level 50 and have beaten the game once. Go to mapworks, and start buying up all the Ezrohir type maps (ignore the Deserted Foundry ones which use the same icon at the vendor), though Infernal/Bloody Catacomb type maps are your plan B. Reasons for this:
– Ezrohir maps spawn lots of little enemies that make for easy kills. Flying copters, wall scarabs, etc. Make sure you have adequate fire and shock armor.
– Lots of secret rooms and lots of golden chests. The Catacomb maps have similarly a large number of secret rooms, but not as many golden chests.
– Try to buy maps that are 5-10 levels lower than your character level. Gold drops aren’t heavily level dependant, and you want quick kills (unless you prefer the challenge). Obviously, give preference to the ones that drop +25% gold as a map setting if possible.