Tera General Cheats and Exploits
Cheats in Tera are include pretty much any technique that allows the player to farm items, gold and experience more effectively or increase the performance in PvP. Cheats can either require software, such as bots, hacks or auto disconnects, or can be done manually, such as merchant exploits and duptes. Cheating is very popular among the higher ranks of Tera, since it allows you to be good at the game without having to spend as much time on grinding. Obviously there are no cheat codes of any kind, since this is an MMORPG and cheating is not an intended part of the gaming experience. Most cheating methods are pretty save to use as long as you do not show them off to other players. Keep in mind that most players do not like cheaters and will report you if you make it obvious that you are one of those. Another kind of cheating is the use of bugs in the game in order to farm faster, duplicate items or achieve similar effects. This is called an “exploit” and is the one cheat with the most potential. However, exploits are very rare to find and have to be kept secret. The developers will fix and bugs they find and ban anyone that used them to exploit the game, therefore it is recommended that you never use any publicly viewable exploits and stick with private ones. There have been multiple bugs in the game that alloed people to make millions of gold, dupe items, farm mobs infinitely ect. 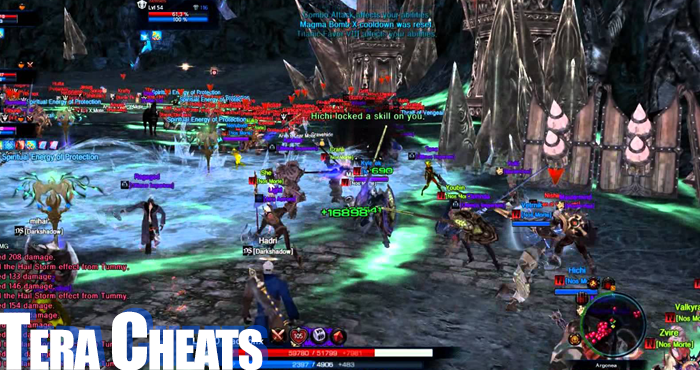 Tera Rising Bots, Scripts and other Automated Farming Programs
Bots are programs that are running on your PC and are logging in to your Tera account to perform tasks automatically. Usually running a bot will not allow you to use your computer at the same time, so if you are serious about botting in Tera, then you might need a dedicated PC to do it. Bots can do a lot of different tasks in Tera and will allow you to save quite a considerable amount of time. Botas are able to farm mobs in order to gain experience and gold, collect and sell items on the auction house, gather and even do different kinds of crafting. Tera bots do include an aimbot, since the game uses crosshair targeting. This makes ranged classes especially effective. On the other hand ranged classes will die more easily if the mobs are too high level due to lack of defensive stats. The perfect class to use bots is the priest due to heals and decent damage output. It is also recommended to use mounts along with your bots, especially if you are gathering it will make your bot run a lot more effectively. How much money or experience your bot can gather depends on how you customize it, your gear, your level and a lot more, so there is no exact numbers.

Bots are usually not much of a risk: They cannot be detected by code detection, since they do not change any code in your game client. However, there are systems in Tera that are supposed to detect suspicious behavior patterns in players to detect bots. So it is advisable to change your bot routes around one in a while and maybe even turn the bot off for a few hours a day. Usually only very big botting rings get banned, but you can never be too careful when it comes to protecting your account from a ban. 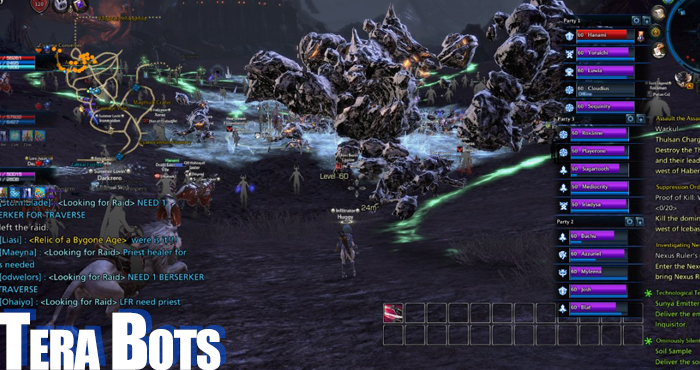 Tera Rising Hacks Explained
Hacks are in their nature detectable, since they do change the way the game works on your PC and that is why you always have to make sure that the software you are using is up to date. Hacks in Tera Rising are quite useful since they can increase your movement speed, allowing you to farm more quickly, gather faster and dodge attacks more immediately. Hacks can also allow you to walk through walls, fly around, jump insanely high, walk up walls, display items and enemies and a lot more. However, if you use hacks that are obvious cheats, then you might get reported. Speed hacks are probably the most effective and save to use hacks for Tera PvE at the moment, as long as you do not go overboard with them. Hacks are even more useful in PvP, but the chances to get reported are a lot higher in PvP as well. If you want to play is save, then only use these Cheats in PvE. But if you want to dominate PvP, then you might want to take the risk never the less. 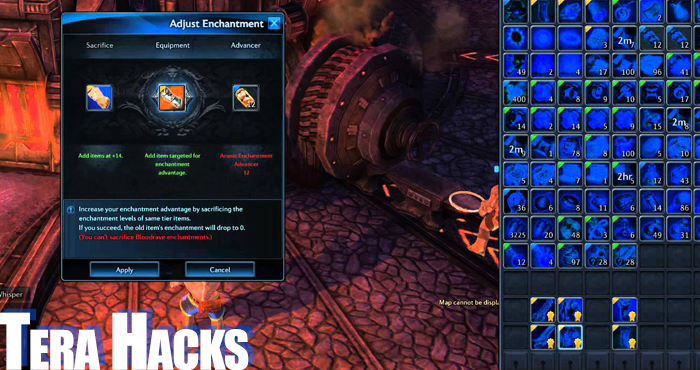 Call of Duty : Black Ops II – Uprising Keygen Proof [PC PS3 Xbox] Call of Duty: Black Ops II is the sequel to 2010′s Black Ops and incorporates a single-player marketing campaign, aggressive multiplayer, and zombies mode. Its launch will mark the ninth game launched within the franchise. As with the opposite games within the…

This is Uniblue SpeedUpMyPC 5.3.4.3 Multilingual Serial Key generator Keygen + Patch which is working absolutely fine. This tool is very important tool if your computer is working slow and you want to boost you computer. Our hacking team has tweaked the registry of this software and created keygen for 5.3.4.3 Multilingual Serial Key generator which provide Activation serial keys…

Hazard Ops – Halloween Pack CD-Key | FREE Activation Code KEYGEN Ready to strike fear into the hearts of your enemies? This pack will allow you to go Trick or Treating with your friends, except with a much more deadly objective than collecting candy. Get the new Giant Scythe, the favored weapon of Death, and…

Hello everyone, welcome on our site, today we have a new KEYGEN for you, this time the game that you’ll get is Nightfall Escape. With Nightfall Escape Key Generator you’ll be able to get the game for FREE, this keygen can find unlimited Activation Codes for you on any platform: Steam or Origin on PC…